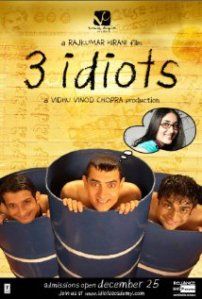 Indian cinema is witnessing a burst of creativity as filmmakers experiment with new concepts, technologies and financing formats.
Indian cinema is going through a crisis. There is no answer to why 85% of our movies flop. We need a formula to churn out more hits.
The celebratory tone and the doom-and-gloom scenario co-exist. They are two sides of the same coin and both are relevant. Let’s look at the not-so-happy picture. At the recently held FICCI Frames 2011, an event where filmmakers from India and the world congregated to meet, greet and discuss business opportunities in the Indian film industry, screenwriter Anjum Rajabali said: “We are the largest filmmaking industry in the world yet if we take a look at the last 2 decades from 1991 to 2010, nearly 85% of our films which released failed to recover their investment through theatrical revenues. Every week is a disappointment and people are euphoric when they come across a film once in a way which meets all their expectations. Something is surely going wrong.”
The old business model – of investing big bucks in superstars – is not working any more. Given that there are only a handful of mega stars who can guarantee a huge opening for a film, it really doesn’t take a mathematics genius to figure out that movies have to rely on other factors to ensure a decent return on investment. Rajabali points out: “Stars by themselves …won’t work. We need to ask ourselves, how much importance as a business decision do we give to the most important ingredient of a good film – the script? India as a nation has the longest, richest and most valuable heritage of story-telling since the days of the Ramayana and the Mahabharata, yet if we are unable to come up with good stories, it’s really sad.”
Despite Rajabali’s pessimism, huge box-office hits like 3 Idiots (2009) and Dabangg (2010) prove that mainstream movies are far from dead. It’s a known fact that entertainment is perhaps the only recession-proof industry. And the film industry in India is no different. According to one report (PriceWaterhouseCooper), the film industry is projected to grow at the rate of 12.4% to touch US $3.65 billion in 2014 from US $ 2.03 billion in 2009.

Now, for the good news. Mainstream (or better known as masala) movies are no longer the only “genre” of films in India. Increasingly, filmmakers are beginning to realize that with the right combination of a compelling story, great marketing, good actors (but not superstars), even a tight budget can turn in a decent return on investment. Says one of India’s top filmmakers, Ramesh Sippy, “Films don’t flop, it is the budget of the film that falters.” Often, distributors and exhibitors want the filmmaker to make changes to make the film more “mainstream” or “saleable”. Says Sippy: “For the changes, the filmmaker spends quite a lot and eventually when the film flops, it is he who suffers by way of a loss.” But there are more opportunities for the filmmaker today to get a return on his investment than ever before, including sale of cable, music, home video and satellite rights.
The surprise hit of 2007, Bheja Fry, an urban comedy, is a case in point. With hardly any well-known actors, the movie was made on a shoe-string budget of Rs 6 million ($ 120,000) and earned revenues of Rs 120 million, more than 15 times the cost of making the film. As audiences demand diversity in the movies they watch, niche films are increasingly finding viewership and it’s the smart filmmaker who is riding the wave of success.
Here’s a sneak peak at Anurag Kashyap’s new film “That Girl in Yellow Boots”

And, a quick look at a delightful documentary about an actor who found fame in Bollywood and has come to be known as “the fourth idiot”. Enjoy!

Author & Screenwriter
View all posts by Adite →
This entry was posted in Random Musings. Bookmark the permalink.

1 Response to The Real Picture