Writing compelling characters lies at the heart of any storytelling venture. No matter what the genre it can be quite a challenge to craft engaging characters whom readers can fall in love with, or at the other extreme, love to hate!

For this blog post, I asked five debutant authors what they found most challenging about crafting their characters and here’s what they had to say. And don’t forget to check out their tips!

Over to the Authors!

The character I found hardest to craft in Monsoon Memories was Reena, the little girl. I had to picture the world through the eyes of an eleven year old child and I was constantly checking to see if I was putting adult words and views into her mouth, whether Reena was speaking in my- the narrator’s voice -rather than her own. I did not want to make her too grown up and conversely, did not want her to sound too childish either. Also, towards the end of the novel Reena finds out something that makes her grow up rather suddenly: achieving that balance, showing the change in her, was tricky and I worked and reworked that bit for a while.

My current WIP is told from the point of view of three different women. In my first few drafts, the voices of the three were a bit too similar and I had to rework each, live in her head for a while, so that they were each unique and the reader was not confused as to whose voice she was hearing.

Renita’s Tip: Get to know your character, build him, her up so he is a real person, with some good qualities and some bad. Once you do, his/her voice will come. This is a learning process and I think with every book, this is one of the hardest things I have had to do, differentiate each character’s voice

Tara Pammi, debut author of A Hint of Scandal

My heroine in A Hint of Scandal has a pretty scandalous past. And thinking back, I didn’t do that on purpose but more because I love flawed characters. I love heroines who have made mistakes, who have failed but dusted themselves off again, who are selfish, who are selfless. Even the heroine of my second novel A Touch of Temptation, scandalous Olivia’s perfect twin, is imperfect in the way she has pursued perfection.

In Olivia’s case, did I worry that readers might not like her? Yes and No. Every reader comes to a book with his/her own experience. So when writing, I don’t like to stress too much on whether a character will be liked or not. What I strive to do though is to portray accurately what motivation has brought them to that choice, whether right or wrong, in life.

I hoped that I showed enough of why Olivia has made mistakes- in her case, forever being bullied by a father, forever paling in comparison to her perfect, accomplished twin, her battered confidence has Olivia down a path she’s regretted ever since.

Tara’s Tip: Digging down to the motivation behind a character’s actions and showing it to the reader clearly, I hope, makes a reader care about the character.

Ruchi Vasudeva, debut author of Bollywood Fiance for a Day

Without interesting characters, the most innovative plot can fall flat. When I started writing Bollywood Fiancé For A Day, I had a clear idea of the heroine but my hero Zaheer, who was a Bollywood star, was rather difficult to chart out. His character came alive the moment I wrote his response to Vishakha’s accusation, ‘You’re late!’ Instead of denying, he admits it without apology, ‘So I am. By almost two hours.’ That told me all about his brash exterior, that proclaimed the arrogant idol. But what about the inside? Slowly I had to find his vulnerabilities, the real man beneath the reel persona but he only became more fascinating…as a character and as hero to my heroine. But it didn’t happen overnight…I had to write and rewrite; take what felt right and leave the rest.

Ruchi’s Tip: Often a person’s life experiences force a person to wear a mask to hide real emotions. Try to figure what ‘mask’ your character wears and why? You’ll be surprised at the layers you will find revealed. 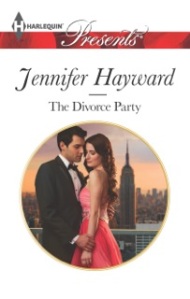 In Harlequin Presents land we love our alphas. They command and seduce. There’s nothing in the world their powerful authority and money can’t buy. Except the love of a woman strong enough to tame them! They make us weak at the knees, but they aren’t always easy to write! In my debut trilogy for Presents, I tell the story of the three De Campo brothers who are heirs to a wine empire. But when you have one brother, the eldest Riccardo, who has been groomed his entire life to take top dog position, how do you create strong alpha heroes in the other two brothers, Gabrielle and Matteo, when their elder brother is such a dominant force?

What was key for me in creating the two younger brothers, was to give each of them their own ‘super power’. Their own passion that they were the best in the world at – where no one could touch them, not even all powerful Riccardo. Gabrielle became my brilliant winemaker who transformed the Californian wine industry. Matteo, the unrivalled marketer who commands a room with his electric personality. In harnessing each brother’s individual gifts, they are able to stand shoulder to shoulder with their elder brother and be that invincible force an alpha must be.

Jennifer’s Tip: When creating Alpha Heroes, think of them as superheroes. These are not ordinary men. They do not think or act like your normal male. And if channeling a superhero is too far out for you, then think of the globe’s most powerful CEOs. Would Steve Jobs have forgotten to read a report, taken no for an answer or let a competitor get in the way? I think not! 🙂

Characters and their motivation go hand in hand… My experience of writing a Mills and Boon has been a rewarding one because I was able to bring out the story simmering inside me and unveil it to the world. In the process I learnt to hone my skills and flesh out believable characters. A character like any human being is composed of individual qualities, quirky traits and skeins of motivation. While writing His Captive Indian Princess I faced some problem in crafting the character of the hero, His Royal Highness, Vikram Singh. My heroine seemed to jump off the pages, as my editor told me, and was eminently vivacious and likeable. But Vikram was coming across as a pompous, cruel boor. So, the pitch was to make him likeable and attractive. I had to figure him out in detail, flesh out his character and bring to fore his roundedness. That is where the motivation aspect came in. And once I had painstakingly discovered the impulses that drove him and the demons that rode him it became easier to craft a character whom readers could empathise with.

Tanu’s Tip: If you’re writing a romance, you should sketch out the male and female characters and proceed to fill them with physical description, emotional traits, intellectual qualities and background details. As the story progresses add their states of mind. This helps in fleshing out the characters and creating well rounded personalities.

What is your take on creating interesting characters? Do share your thoughts. 🙂