“It is good to have an end to journey toward; but it is the journey that matters, in the end.” ― Ernest Hemingway

The countdown has begun. In a little more than a month my debut Harlequin Mills & Boon romance, The Indian Tycoon’s Marriage Deal, will be released! Of course I’m super excited! It’s like finally arriving at your destination after a long journey. Exhausted but exhilarated.

And what a journey it has been.

Every creative venture is a journey in itself. Some of them are hard, others easy but each one is unique and has its own snapshot moments. As I count down to the release of my first novel I revisit some of those milestones… just as you would while looking at the pictures in a photo album of one of your favourite trips. 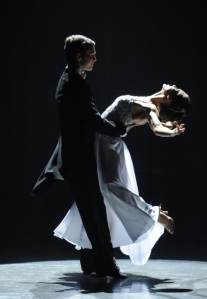 The very first “snapshot moment” for me was when I thought up an idea for a short story titled “Dancing with the Enemy” for the Harlequin Mills & Boon India ‘Passions Aspiring Authors Auditions’. And it looked something like the picture here. Two characters, Krish and Maya who meet on a dance floor. And the line that popped up with the image was an old saying about the tango: ‘There are no wrong moves in tango. Only new ones’. What kind of moves would these two be up to in the story? That was the beginning of Krish and Maya’s journey. And mine!

Stay tuned for the Next Snapshot Moment….